Research on “Media Literacy”: A Retrospective Analysis from 1970 to 2019

Introduction and Statement of the Problem:
The purpose of this study is to describe and analyze the trend of scholarly outputs and growth of “Media Literacy” in Web of Science Core Collection database (WoS) to find countries and regional distributions, and the level of its visibility based on Keywords Plus. A total number of 1,671 documents in WoS with the topic “Media Literacy” from 1970 to 2019 were retrieved and analyzed. The result of the study shows the scientific productivity in “Media Literacy” in the world is not homogeneous and much is left to be required in researches development on “media literacy”. The authors urge scholars in most developing countries to move beyond the exclusive media and communication approach and realize the importance of a multi-disciplinary approach.
In 1998, a pioneer in the United States defined media literacy as the process of accessing, critically analyzing media messages and creating a message using media tools. (Hobbs, 1998). In the same year, Brown discusses the media literacy perspectives and highlights that media literacy involves a cognitive process used in critical thinking (Brown, 1998).
Since its emerging, also in some developing countries, a very diverse community of scholars and researchers examined media literacy and its implications from each discipline and interdisciplinary point of view. There are good enough number of researches and publications on conceptual and theory building (Alvermann & Hagood, 2000) as well as case study approaches like in preferred media and communication channels (Abbas Ghanbari Baghestan et al., 2009; Indriyanto et al., 2016; Vegiayan et al., 2013) education (Suto & Sakamoto, 2014), children (Hirsjarvi & Tayie, 2011) adolescent (Labas & Males, 2017), rural development (Akar-Vural, 2010) health (Rich, 2004) and healthcare-related program (Akhtari-Zavare et al., 2015) on the globe.

Methodology:
Using the Bibliometrics methods, the aim of this study is to discover and describe the trend of scholarly outputs and growth of “media Literacy” publications from 1970 to 2019. Bibliometrics methods have been used to measure scientific progress in many disciplines of science and social science, and are a common research instrument for the systematic analysis of publications. (Farahmand et al., 2018; SM. Etemadifard et al., 2018; Seyed Abolhassan Riazi et al., 2019). The data were collected from the Web of Science Core Collections (WoS) and the only criteria for data collection were the keyword of “Media Literacy”. With the above limitations, in the first stage, 1,671 documents and in the second stage, 642 documents were retrieved and used for data analysis.

Results and Discussion:
The annual number of “Media Literacy” publications has grown from 1 in 1980 to 237 in 2016. Also, there was positive growth in the publication each year beginning in 2005. The United States (with total publications 549) is the leading country in terms of total numbers of “media literacy” related publications from early 1970. The rest of the countries in the world, including Spain (212), England (81), China (78), Australia (77) and Russia (71).
The diversity of the research area of the publications on “media literacy” was interesting. “Education and Educational Research” was the first research area of all publications related to media literacy; followed by “Communication”, “Psychology”, “Social Sciences” and “Computer Sciences”.
The 642 documents which carry “media literacy” in their titles, overall, had the total amount of 4252 citations (average citation per documents was 6.76) which can be considered high in scientific publications. The majority of the documents were in “English” (551 out of 642 documents). Also, most of the documents were in “Article” (64.6%) formats, followed by “proceeding Papers” (20.1%). The time depended on KeyWords Plus shows that “Education”, “TV”, “Adolescent” and “behavior” were the key concepts for conceptualization in this time span. The international collaboration and networking for co-authorship in the area of study also were limited to very few countries only, mainly the United State with few other western countries like Germany, the UK, Canada, and Spain.

Conclusion:
The results of the study show the scientific productivity in “Media Literacy” in the world is not homogeneous and much is left to be required in researches development on “media literacy”. The author urges scholars in most developing countries to move beyond the single discipline and approach and realize the importance of multi-disciplinary approaches regionally and internationally.
The results of the study also have a lot of implications for countries like Iran where currently has faced a huge number of new social media as well as their expand usage among citizens. In the 21st century, citizens need to be trained to deconstruct and analyze the media text as well as engage and challenge media institutions. This is what Hobss (1998) means by “sophisticated citizens” rather than “sophisticated consumers”. Media Literacy, if well understood, might be a more “soft” and positive response to the negative consequence of media influence than those “hard” responds such as banning, filtering and censorship. 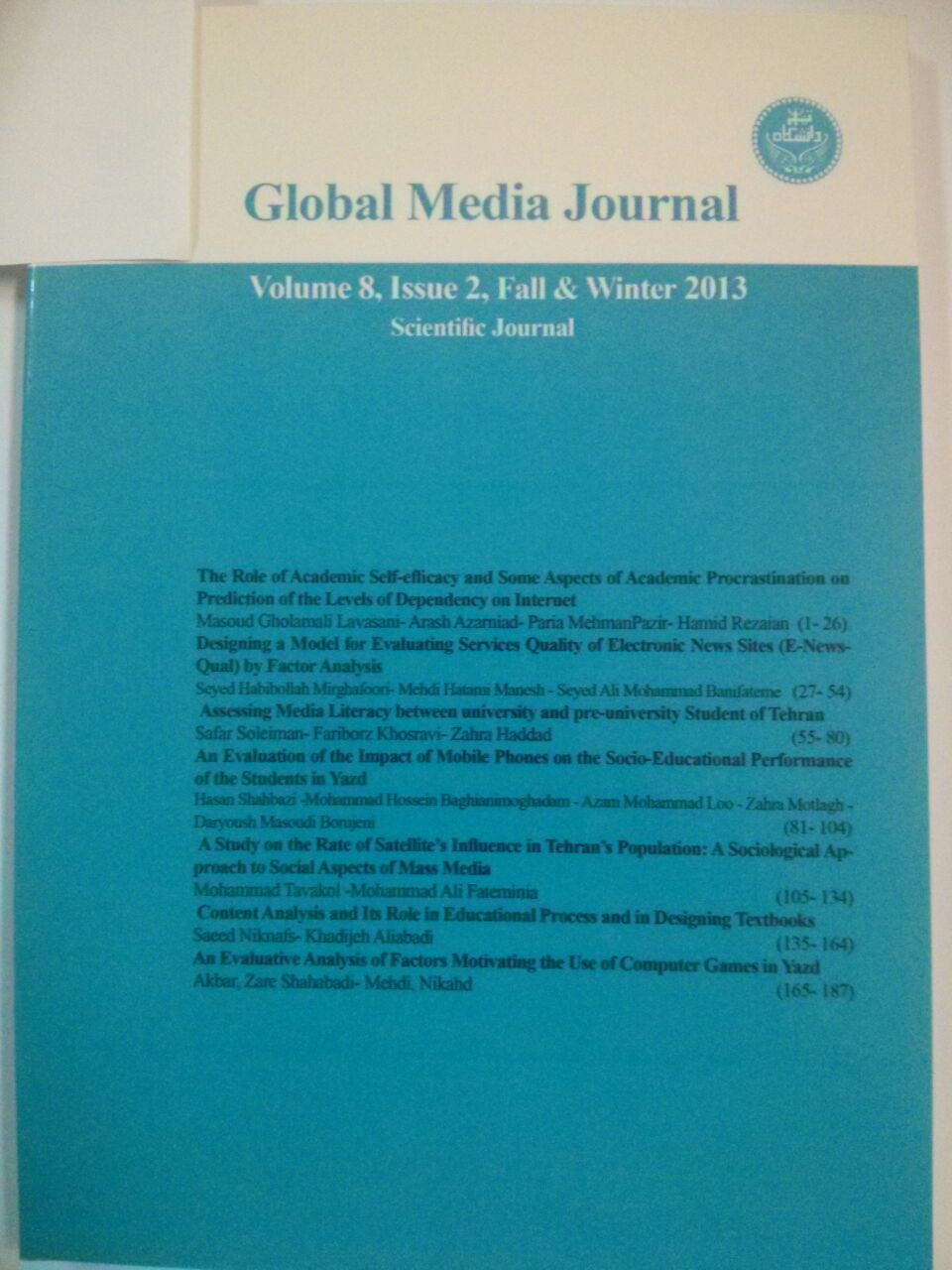